THE THEATRE OF HERBS AND PLANTS

In the heart of the Turley Barracks, built for the German Emperor in 1900,
we create a huge common-garden with citizens from Mannheim.
At the End of June this garden will become the stage design for the Theatre
of Herbs and Plants and the plants become the actors.
Additionally there will be free workshops and lectures in June.

GARDENING
The common garden will be raised in palettized high-beds, so the garden is mobile. In the case of building measures the garden can be moved by a pallet transporter and will be preserved.
We wish to create an urban gardening-community through this project, which is interested in stustaining the garden. After the artistic part of Theatre of Herbs and Plants ends, we will give the garden to this community. We invite citizens of Mannheim not only to garden with us but as well to participate in the performance.

PERFORMACE WITH NEW MUSIC
The dates of the performances: 25.-28. June at 8 pm and 29. June at 12 noon in the garden.
The garden on the former parade-ground of the Turley Barracks becomes the stage for a scenical concert of New Music, combined with land-art and material-theatre to reflect the complex relationship between human beings and nature.

The Theatre of Herbs and Plants is, after „A long way away“ January 2012, Ultraschall Festival Berlin) and „The Casino “ September 2012, schwindelfrei-Festival Mannheim) the third colaboration between composer Sarah Nemtsov and stage director Anna Peschke.
For this project there are compositions for classical instruments such as flutes, harp or clarinet, but as well for branch-percussions, creaky reed, grapevine-snail-chimes and seed-oceandrums.

The plants will be „animated“, that means, we will give them „animus“ – soul and life, by moving them. How can plants perform? How can a story be told by herbs? Can we understand stories told by a garden? Maybe we can understand because we are part of nature. Do you remember? 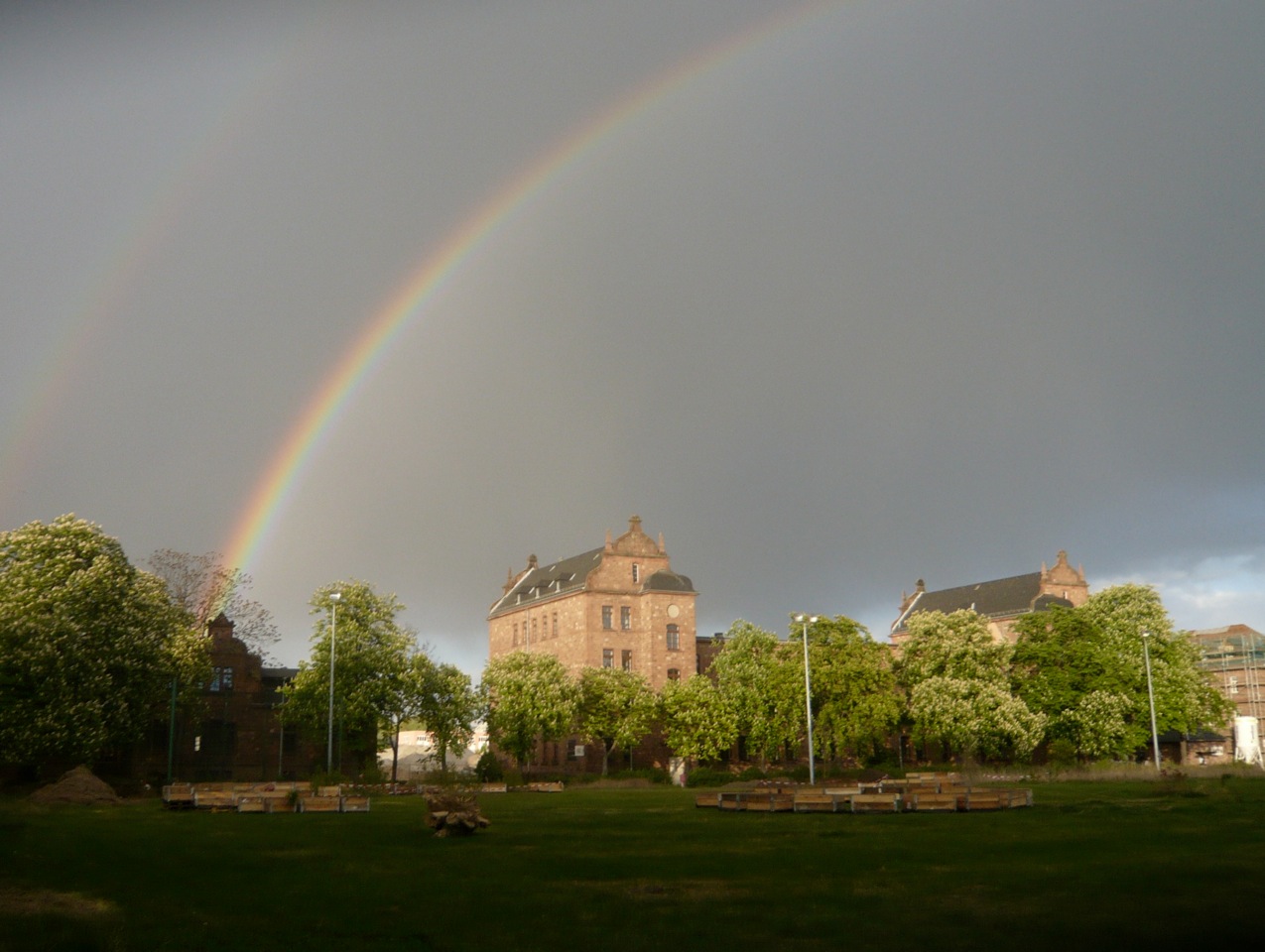